Did you know that eating disorders have the highest mortality rate of any mental illness? What does that actually mean? Well 10% of people will die within 10 years of when the disorder develops. That’s a terrifying stat, yet eating disorders (ED’s) are still wildly misunderstood, rarely talked about, and even now seen as something that’s under someone’s control. So let’s go over some of the myths!

MYTH: All eating disorders are the same

There are several types of clinically diagnosable eating disorders, each with different characteristics. I won’t go over all the signs & symptoms since they are so complex, but a few differences:

• Anorexia Nervosa involves a severe preoccupation with weight and food, and an intense fear of becoming overweight. People with this type of ED will be very thin and are below what’s a healthy weight for their body size.

• Bulimia nervosa also involves a preoccupation with weight, but also includes a cycle of restricting food and then rebounding and consuming a lot of food at once, then purging to rid the body of it. People with this type may go undetected for a long time because they’re often of “normal” weight. 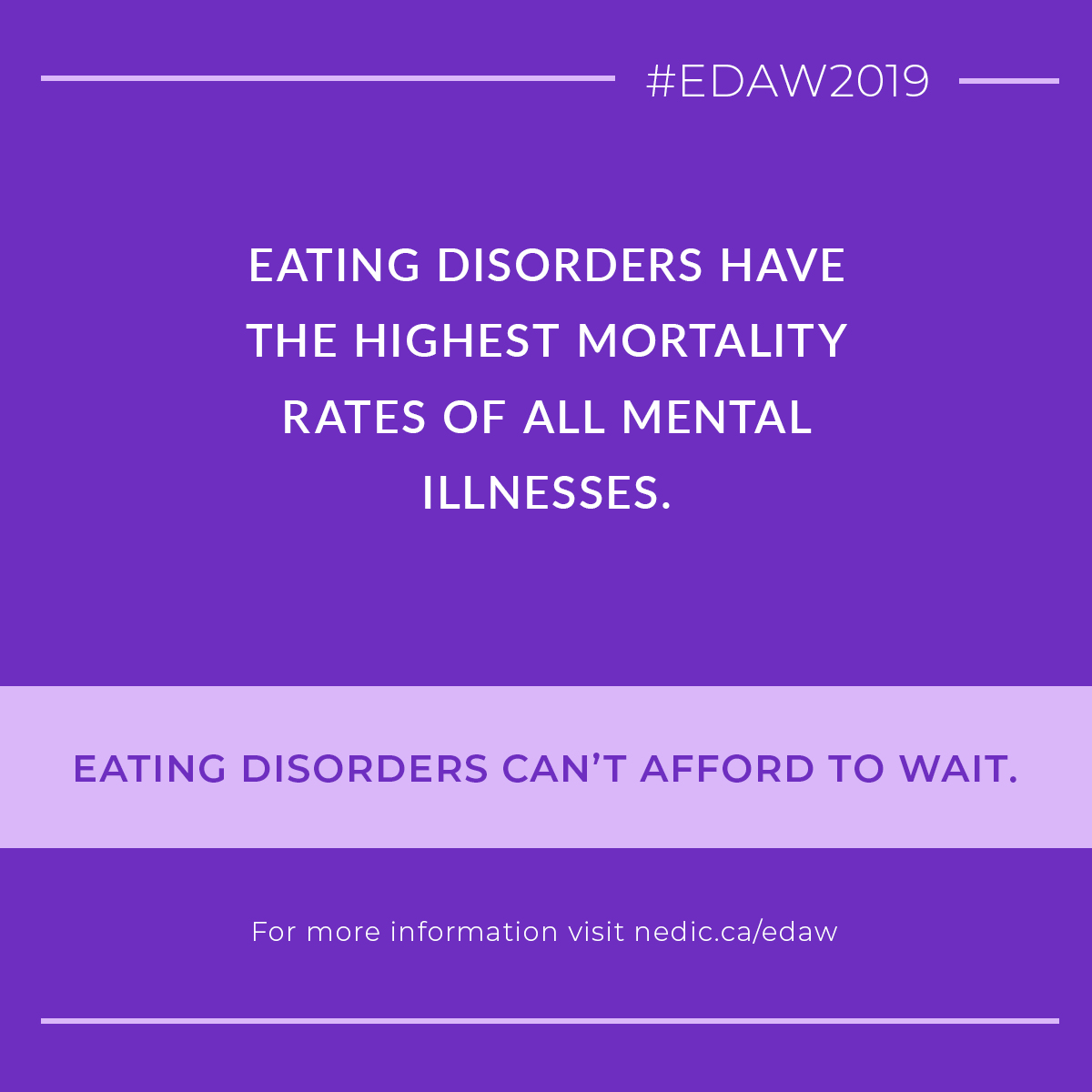 • Binge Eating Disorder (BED) involves consuming a lot of food in a short time, to the point of being uncomfortably full. The main difference between Bulimia Nervosa and BED is that the person doesn’t try and compensate with purges after a binge in BED.

ED’s are so complex, we still don’t fully know what triggers them. It’s a combination of societal, familial and individual factors, and often involves using food to help cope with a trauma that’s occurred. While the media portraying a thin woman as the ideal isn’t realistic or helpful, that isn’t the sole cause of an ED.

MYTH: Eating disorders are about vanity

Just like any other mental illness, ED’s are not a choice and they are not something that can be controlled. They are about trying to cope with strong emotions and usually trying to feel some semblance of control in (by controlling food), but often ends up in a feeling of powerlessness.

MYTH: Eating disorders only affect a certain type of person

Call up the image of someone with an ED, what comes to mind? Likely a young female of Caucasian descent. And it’s true that ED’s are most likely to develop between the ages of 12-25 and females are at a high risk; however, ED’s can happen to anyone. It doesn’t matter their age, sex, income, or cultural background.

Feb 1st-7th is Eating Disorder Awareness Week. Take this as an opportunity to start a conversation with others, break through some of that shame and stigma associated with talking about eating disorders, and mental illness in general. Nearly one million Canadians are affected by ED’s, starting a conversation may save a life. If you or someone you know is suffering from an ED getting help is important. Check out the resources below: